In October we participated in, and won, the folding task of the first-ever edition of the Robotic Cloth Manipulation competition!

In October we participated in, and won, the folding task of the first-ever edition of the Robotic Cloth Manipulation competition! Cloth manipulation researchers worldwide were challenged to show off their robot’s dexterity on a live stream. Due to this, there was no way to hide defects or malfunctions. Consequently, this is the closest thing to a fair and open comparison of real-world cloth folding the robotics community has ever seen! And we were thrilled to get the opportunity to participate! 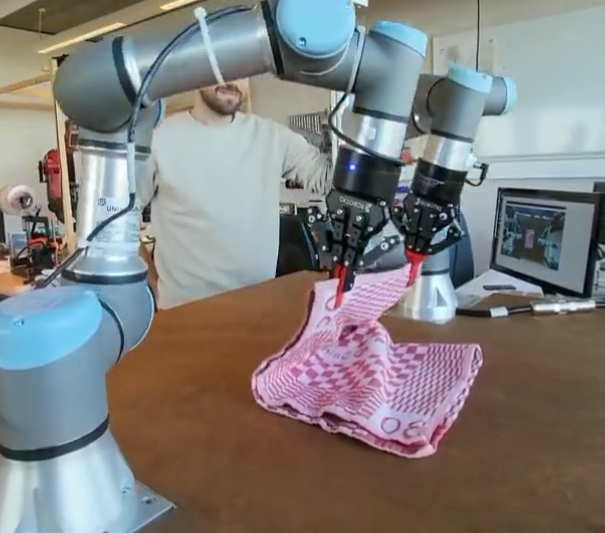 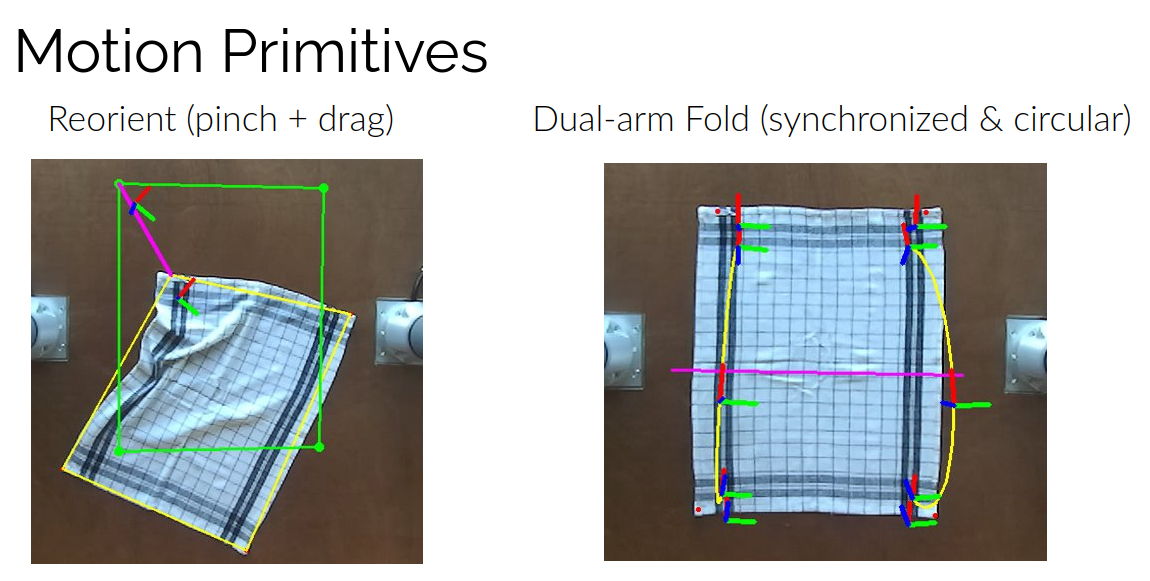 The competition procedure was as follows: the jury picked a towel random towel from the “Household cloth object set” that was mailed to us. Then the jury requested us to put the towel in an unknown position. So cherry-picking and overfitting were not possible! Finally, our robots had to fold the towel over its middle twice autonomously. This procedure was repeated six times.

Our system worked flawlessly and robustly on the three smallest towels, a big win for all our efforts! However, we failed to fold the three largest ones, and the reason is simple: We had the smallest setup of all participants: two small UR3e robot arms mounted on a table. Although we built-in many clever tricks (e.g., custom compliant finger and reorientation of the towel between folds), we still needed to overcome the limitations of the small workspace and static arms.

While we’re very proud of our performance, there’s still much to improve before we’ll have household robots doing our laundry. So now it’s back to the drawing board with all the lessons learned during this incredibly fun competition.