In the next decade, robots and other devices that allow us to see, hear, touch, and manipulate objects in places where we are not physically present will play an essential role in our world. While stiff robots have definitely earned their place, especially in manufacturing, current trends indicate that compliant actuators and structural elements are the keys for a safer, more robust, and energy-efficient human­-robot interaction.

The current dominant actuation approach in the majority of the robots, both industrial and research, is stiff actuation, which permit precise control of the joints. However, in order to reduce the complexity of the sensing and control modules, and motivated by energy efficiency and a safer robot­human­world interaction, recent trends in robotics tend to use compliant actuation modules that were implemented in state-of-the-art robots. Nowadays, the trend of compliance is extended to other parts of the robot. Flexible materials are now used as structural parts of the robot. At AIRO, we investigate how compliant actuator modules and structures can be integrated into a new robot platform and how they can be used to reduce the complexity of motor control. Our main objective is to, ultimately, derive a set of precise design rules for constructing a well-performing morphology for the task of robot control and cognition. The aim of these new design principles is to develop robots capable of broad classes of motor behaviours without the use of complex control algorithms, which rely on high-quality sensors and accurate models. 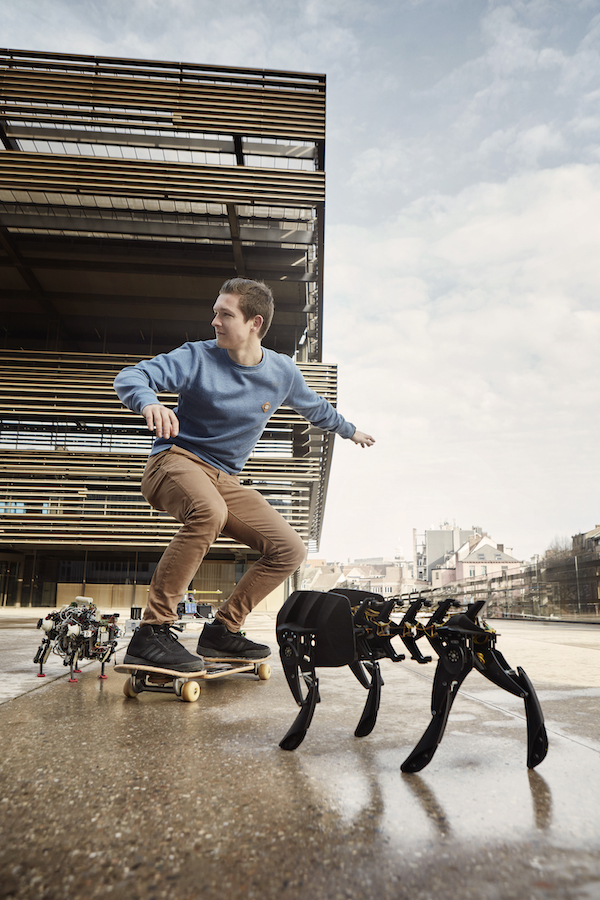 From left to right: a robot for weed control, kraken a ball robot and, a the making of a DIY tactile sensor.

Apart from the robot morphology, the sensors also play an important role. At AIRO, we focus on multimodal sensing for perception. Consequently, apart from integrating off-the-shelf camera systems, we also explore ways to enhance robot perception or instrument the learning process. Examples of this are our smarth cloth to instrument the learning of robotic folding, pressure sensor modules in the feet of our quadruped robots, and custom tactile sensors integrated in our lab-made robot grippers.

Over the last decade we have build experience with the design and realisation of cheap compliant quadruped robots. From left to right: Reservoir dog, Oncilla, Spyro 1 & 2, M.A.R.C. and Tigrillo 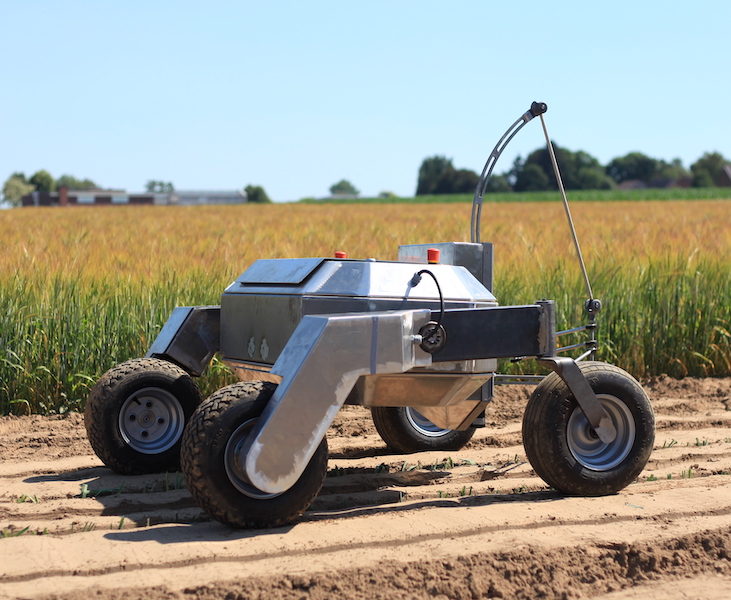 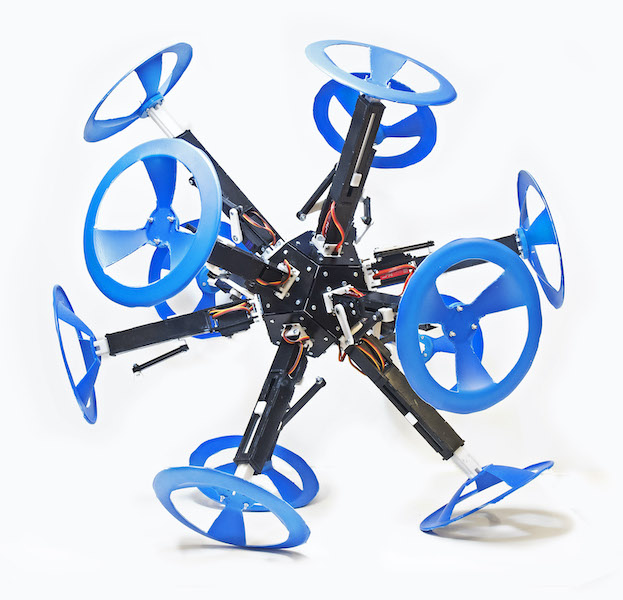 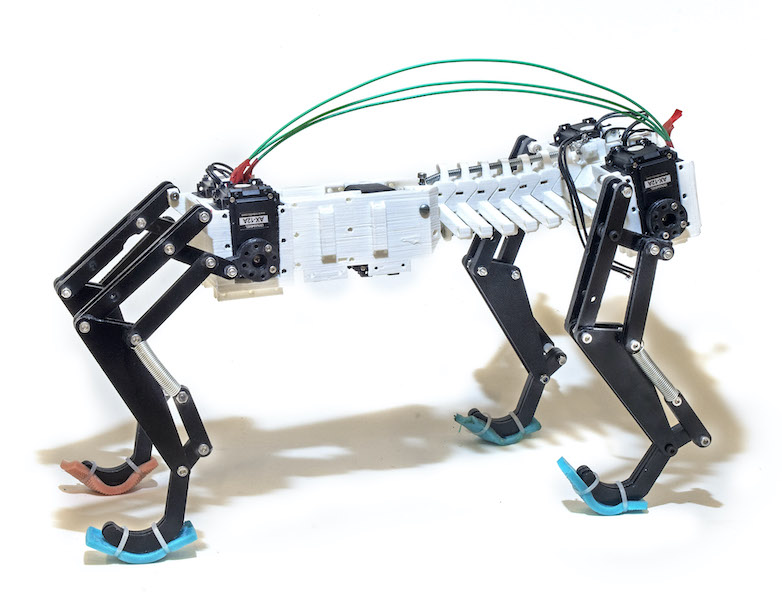 From left to right: a robot for weed control, kraken a ball robot and, a more recent quadruped robot with a flexible spine. The right two photographs are by Guilherme Gerais.